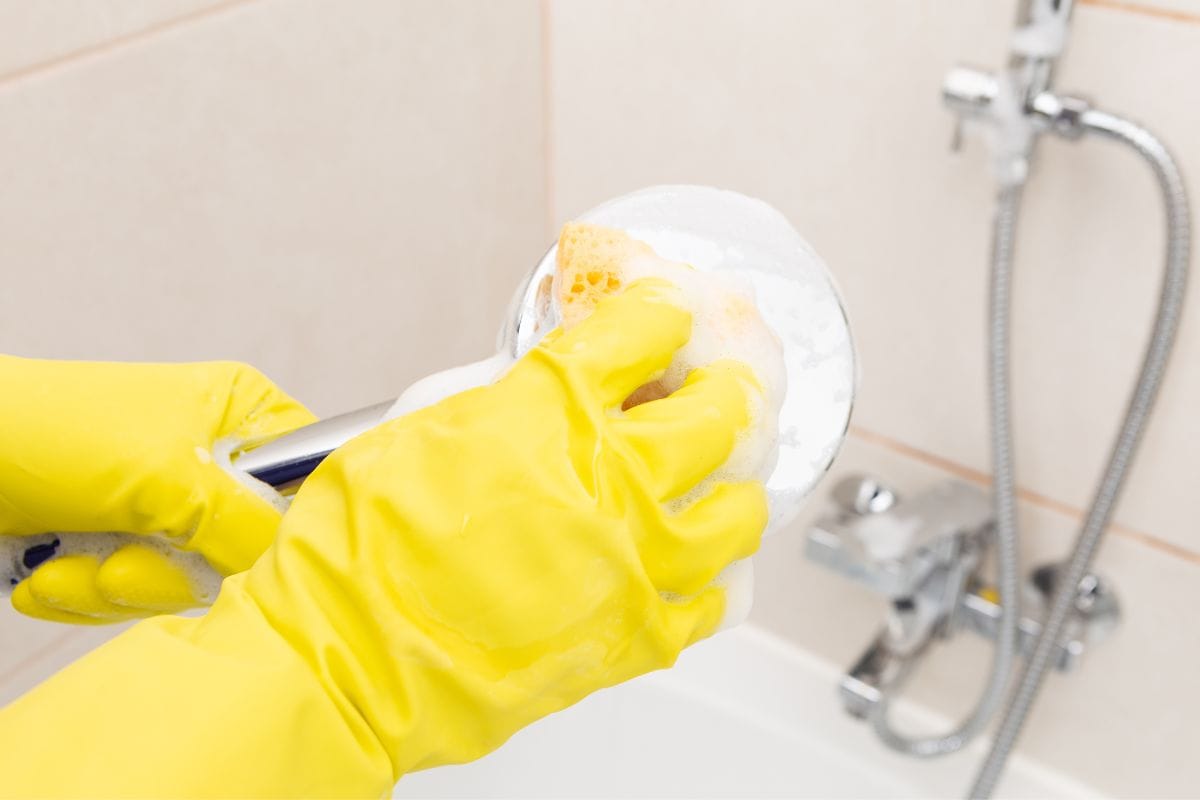 The main reason to avoid using vinegar when cleaning shower heads is its overall acidity. Vinegar, if left too long on chrome shower heads for example can end up eating the chrome right off of the shower head.

The best way to clean a shower head without vinegar is by using hydrogen peroxide and baking soda. These two cleaning products are gentle on all shower heads including chrome, brass as well as various plastics.

You can use vinegar to clean your shower heads even if they are chrome though. The key is to make sure and dilute the solution AND only let the shower head soak in the vinegar for less than 30 minutes at a time.

If you dilute the vinegar down with a decent 5 to 1 ratio like I do then you can let it soak for much longer. As you continue to soak your shower heads each month, this task will get easier and go through much faster.

For those of you with really gunky shower heads that are not ready to get your hands dirty, there is always the option of buying a brand new shower head and skip cleaning the old one completely (-;

What Is The Fastest Way To Clean A Shower Head?

So far the fastest way for me to really get a spot free shiny shower head is by using a combination of a few things.

Without vinegar itself then I like to use the following:

and mix the above into at least 3-5 parts water. Most times though, I like to make sure the entire shower head is soaked so if the 5 parts water doesn’t cover it then I add enough water so it is fully submerged.

You can also use HOT water when making this concoction. I would suggest NOT using boiling or hot water if you are trying to soak the shower head while it is still mounted in the shower. This could and would lead to possible burns or other issues that I suggest you avoid.

With boiling or really hot water though, if you take your shower head off and soak it in a bowl, bucket or hell even in the sink… THE HOTTER the water the better the cleaning!

Will Vinegar Damage My Shower Head?

This is actually one of the main reasons why people are trying to locate anything but vinegar to clean their shower heads with. For those of you with chrome shower heads or fancy styles, vinegar in full strength can and will destroy that beautiful shower head and its patina.

My luck has been decent so far ( knock on wood lol ). The only time I destroyed one of my shower heads was the one in my 5th wheel. It is a rv specific shower head that was promoted as providing higher water pressure than any other shower head in the “recreational vehicle” industry.

It worked great and the water pressure did infact rock. Like most things though, great things can come to an end. One day, the shower head started to get a bit clogged up and looking funky. Like a brilliant do it yourselfer such as myself I decided to soak it.

“Watch a youtube video and see what others have used?”

NOPE not this dingdong haha.

I grabbed a tupperware tub out of the kitchen cabinet, tossed the showerhead in and preceded to “chug a lug” a ton of vinegar into the bowl ( not me chugging as in drinking BUT that chug a lug noise you hear as you pour out WAYYYY TOO MUCH vinegar at once HAHA ).

Went outside to work on my awning since it was giving me issues rolling up smoothly. Totally forgot about the shower head soaking in the vinegar. A good couple hours passed before even thinking about that thing soaking away.

In my brain, it is going to be so spotless and clean!

What I came back to was chrome bits floating around in the tupperware container and me standing there confused trying to understand what happened.

I then went online and did a little research and long story short, I bought a new shower head for my 5th wheel that was not chrome. It isn’t that chrome causes problems, it is more that there is more to keep them looking new and clean compared to other options ( at least for me ).

What Can I Use Instead Of Vinegar To Clean Shower Head?

You can use a ton of different household lotions and potions to get that nasty shower head cleaned up and water flowering through nice and smooth.

As you can tell my go to besides vinegar are other common household cleaners that you probably already have under your sink or in a cubbard somewhere.

If you are out of cleaners, don’t rush to go towards strong chemicals like bleach or other heavy duty cleaners. Remember this thing is going to hang above your head and pour water down on your head. The last thing you want in there is something that might harm your eyes, skin or hair.

Can You Clean A Shower Head With Coca Cola?

I tested this first on my 5th wheel bumper. I saw a few videos on youtube about cleaning the chrome right off of car bumpers. These videos do infact show coca cola eating away at chrome AND that is exactly what my test proved as well.

You can clean a shower head with coca cola. All you need to do is to simply place your shower head into a bowl, bucket or bag and pour an entire can of coke over the showerhead until it is submerged completely. Leave the shower head in the solution for 30 minutes before checking for progress.

Using coca cola to clean a shower head can be used but I would suggest NOT using coke or other crazily acidic liquids on anything chrome or chrome plated in your shower. Whether it harms the finish of your shower head or not, the deposits and other clogs are going to clear out due to the similar acidity in a can of soda that is also in various household cleaners.

I can’t believe we drink this stuff LOL!

Most of my WD-40 is used to stop squeaks on doors or to loosen a bolt or nut when messing around in the garage. I did not even think about using wd 40 on anything within my bathroom outside of hinges.

WD 40 does in fact clean shower heads. It can clean all of the guck and grime out of most shower heads in a fraction of the time it takes other “set and forget” soak types of cleaning options.

The small red hose that you put at the end of the can of wd-40 was able to really get into the holes in my shower head and spray junk everywhere. Since the can is pressurized, however, it is best to try and test this cleaning option out OUTSIDE.

Not my favorite option BUT it did work AND the shower head screwed back on smooth like butter. One complaint though is, that your shower is going to have a mechanics smell to it.

Now for me, I almost like the smell of wd40 too much lol. Hey, some females LOVE the smell of grease and gas on guys so who knows maybe I am really onto something here (-;

How Often Should You Clean Shower Head?

If you are like me then you should clean them RIGHT NOW. My main issue is getting the bathroom and shower cleaning on a monthly schedule. I need to dial it in the same way I check smoke alarms and air filters within my hvac unit.

You should clean your shower head at least once a month to keep it functioning properly. Extended amounts of time between cleanings can lead to clogged shower head water nozzles as well as limestone buildup that can damage your shower head overtime.

Just like any other room in a house though, it depends on how many people are using the shower.

With a kids bathroom and the amount of soap, shampoo and other stuff getting flung everywhere though… You really should keep the shower head cleaning closer to the every two weeks schedule.

Also, teach your kiddos how to clean their own showers now so when they move out they will be more than capable of dealing with this easy to fix issue on their own.

How Often Should You Change Your Shower Head?

Sometimes it makes sense to change it out versus even giving a cleaning a shot. I have removed all of the shower heads anytime I moved into a new place. When we bought this house for example, that was the first thing I did.

For high end showers and fixtures, this amount of time can be expanded to 5+ years no problem. With cheaper plastic or plastic dipped chrome cheaper models however, these will end up failing, clogging up or the plastic stress cracking from regular use. 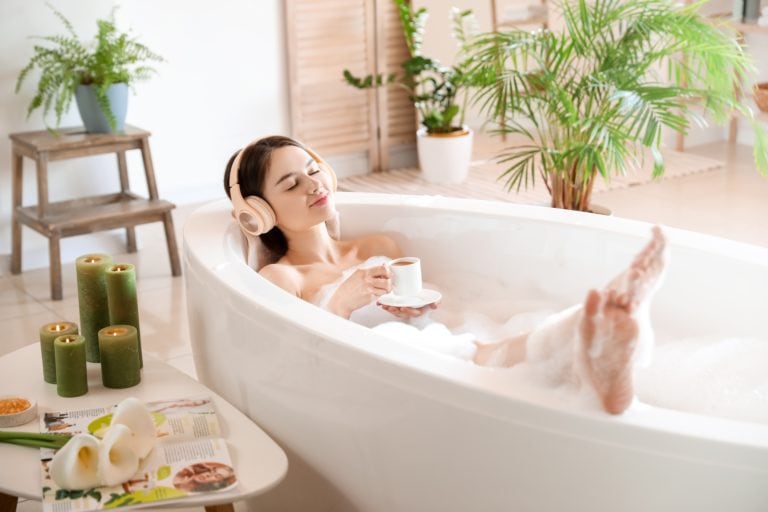 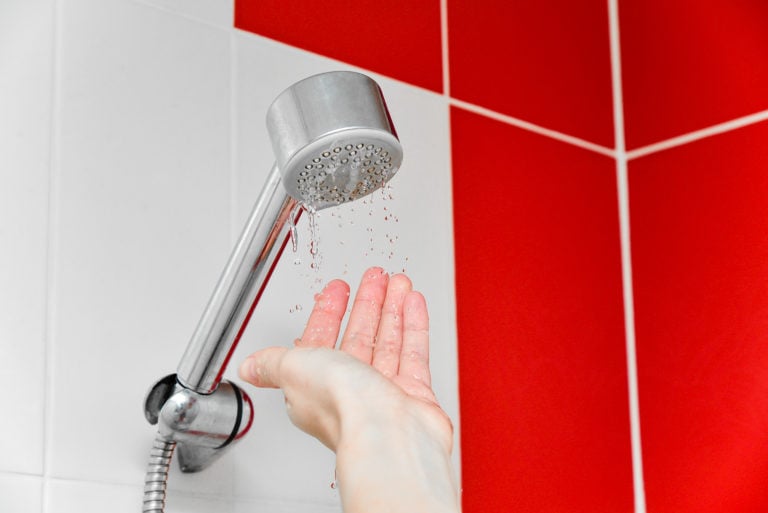 Water that comes out of a shower needs to have… 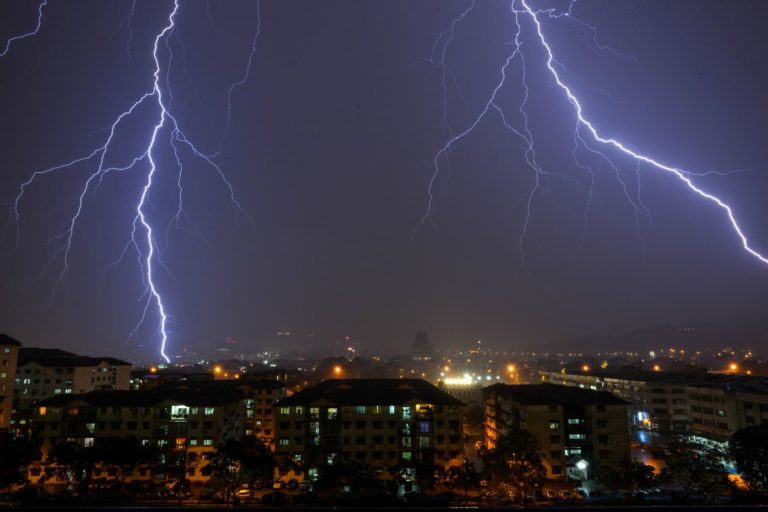 A thunderstorm means that there will be a little or… 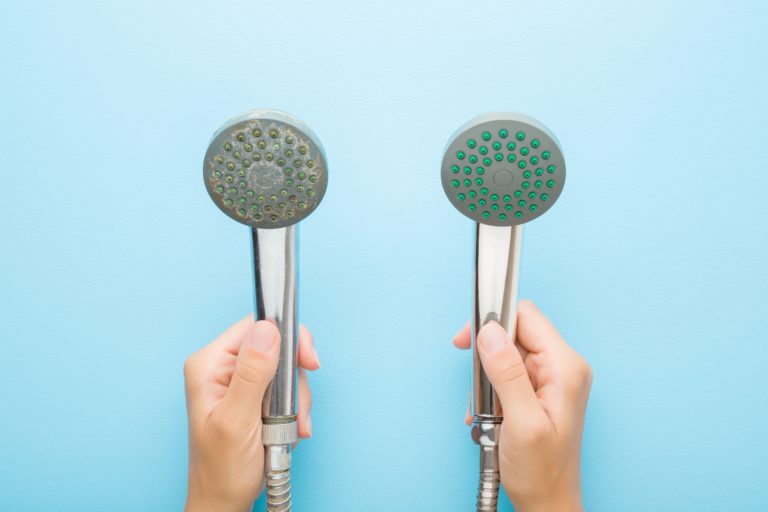 Shower heads come in a range of different flow rates… 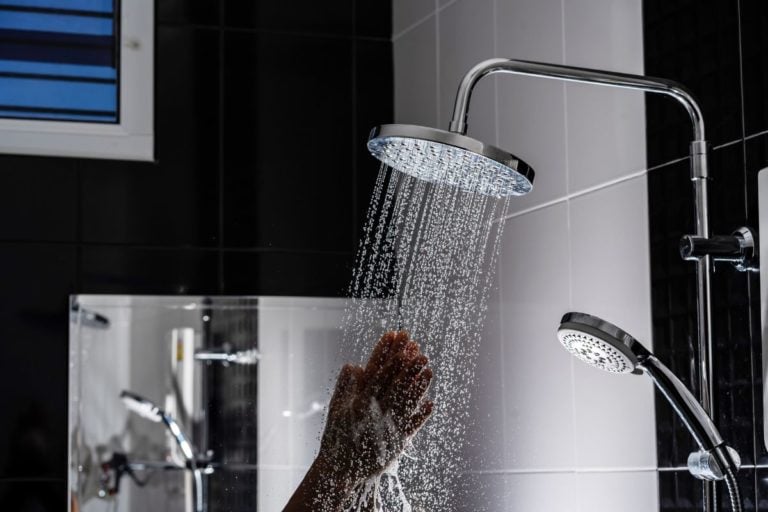 Even though venting a bathroom fan through your roof or…