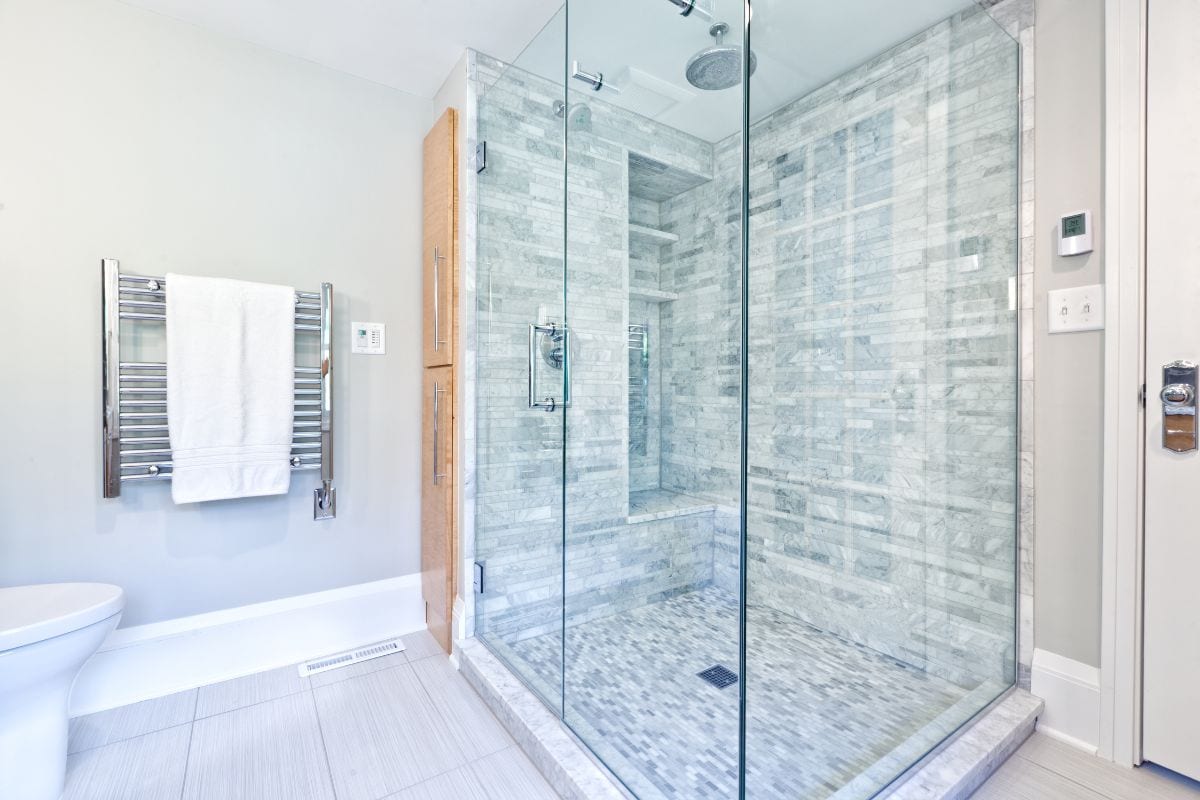 There are many different shower designs and layouts. They are often suited to the size of a bathroom but when there’s a lot of space, any type of shower can be used. In this article, I will explain what a shower stall is, and when it’s a good idea to have one of these types of showers.

A shower stall is an area of a bathroom that has translucent or transparent walls on at least two walls, sometimes three or more. It’s different from other types of showers which are a walk-in shower that has only one wall, and a tub shower, that has a shower head above a bathtub.

Today, I’ll explain the differences between the different shower options, the advantages, and disadvantages of each, and exactly what each of them is so you can make the most informed decision about what kind of shower stall to install in a bathroom.

How a Shower Stall Is Different from Other Types of Showers

A shower stall is not the only type of shower there is. So, it’s important to know what the difference is between a shower stall and the other types of showers there are. Here’s a summary of what makes a shower stall different.

Overall, a shower stall is fully enclosed. Unlike other showers that only have 3 walls. A walk-in shower has 3 walls, and a bathtub shower also typically has 3 walls, with either a shower curtain or a translucent or transparent wall on one side of the bathtub.

Another name for a shower stall is an enclosed shower. A shower stall takes up the least amount of room in a bathroom. But, is a good option whether your bathroom is very small or very large.

The exact type of shower you choose to get is ultimately a matter of personal preference. But, bathtub showers and walk-in showers require more space which may not be an option given the size of your bathroom.

The three types of showers are:

Typically a shower is located in the corner of a room. This maximizes the room in a bathroom because a regular shower needs at least 2 walls. One of the walls will have the shower head. And the other will provide a ‘free’ wall so that an additional shower wall won’t need to be installed. It will require a piece of acrylic or tiles so that it’s waterproof.

A shower can technically just be a shower head suspended from a ceiling. However, this is very uncommon. Any area around the shower will get soaked in water. Therefore, placing the shower head towards the center of a room is typically very impractical.

Unless, the bathroom is extremely large, and would provide walking space around a shower stall located in the center of a room.

The disadvantage of a shower stall compared to a walk-in shower is that you need to open and close the door when you get in. Whereas a walk-in shower has no door, and you can simply ‘walk in’.

But, a walk-in shower requires more space. More space is required because the shower needs to be longer to avoid water splashing into the bathroom.

A bathtub shower is typically only good if you have an existing bathtub. Or, if you or someone in your household like taking baths. A bathtub shower can save space in a small-sized bathroom. Because then a separate shower isn’t required.

Typical dimensions of a shower stall compared to other shower types

An enclosed shower is around 10 inches to 30 inches shorter on one side compared to the other types of showers.

Can an Enclosed Shower Have a Tiled Shower Pan/Base

Therefore, a tiled shower pan/base is a better option if people that are going to use it weigh a lot. The other consideration with showers is the height of the shower door. I explained the answer to this question in this article about what height a shower door should be.

What Is the Best Shower Type for a Small Bathroom

Small bathrooms need to be laid out carefully to allow enough space for all of the fixtures. It’s not possible to have any sized shower or fixtures such as a vanity unit. Because of this face, here’s the best type of shower for a small bathroom. 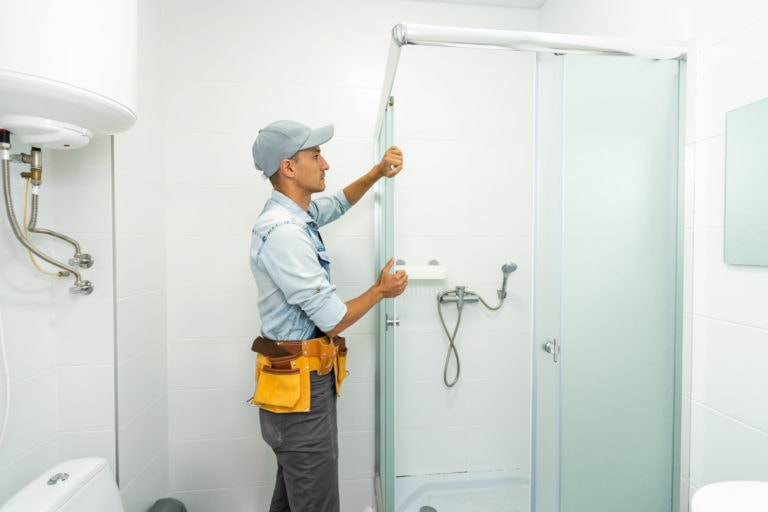 There are a range of different shower door types that open in different ways, such as a swing shower door that opens outwards towards you like a regular door. The height of a shower is important because it controls how easy it is to get in and out. So, today I will explain how tall… 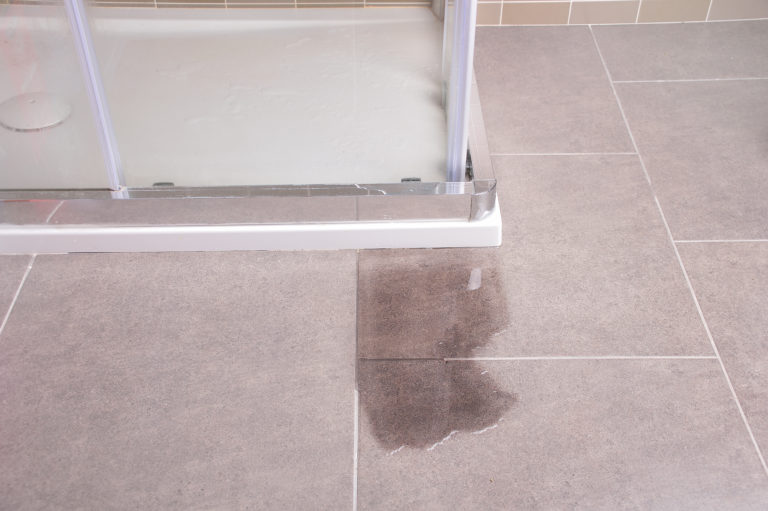 If you have ever had the unfortunate experience of stepping out of the shower to find your bathroom floor soaking wet, you know how frustrating a leaking shower door can be. Fortunately, there are a few things you can do to stop the water from coming through. First, identify the source of the leakage and… 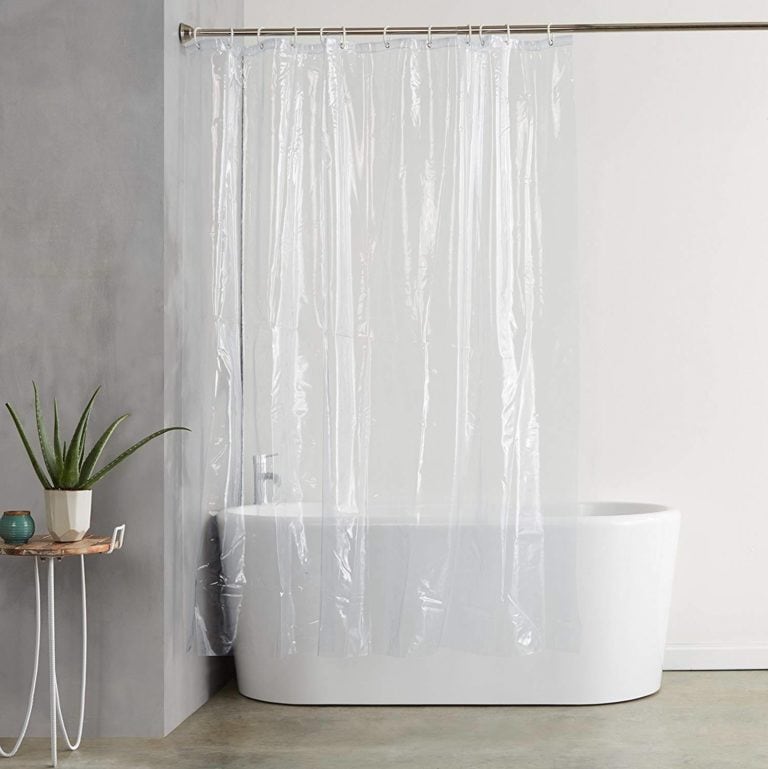 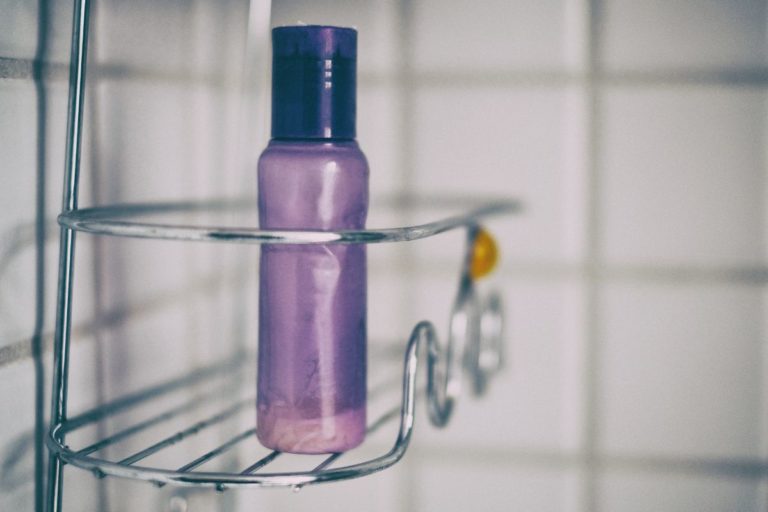 A shower caddy is a handy way to store all of your shower essentials. But if it isn’t attached properly, it can easily fall and create a big mess. Here are a few tips on how to keep your shower accessory holder in its place. To keep the shower caddy from falling you can attach… 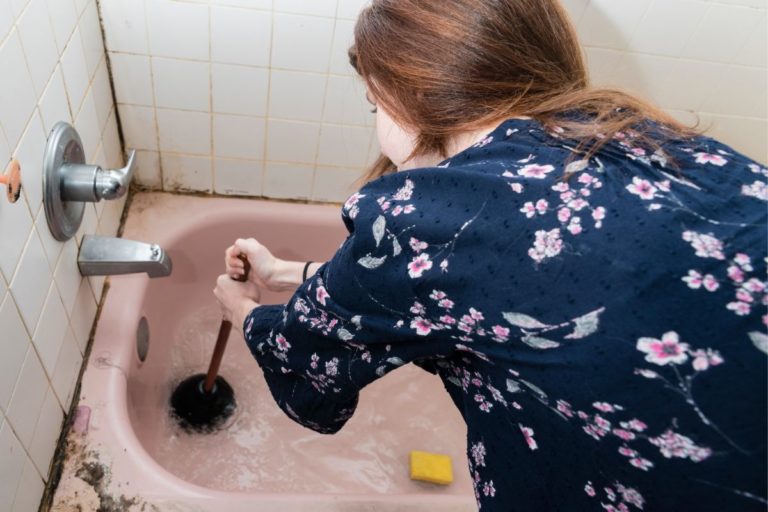 Shower valves are a bit complicated because there are a few different options, and it’s hard to know how they work and which ones are the best. Today, I will cover the different types of shower valves there are and the benefits and drawbacks of each. In general, there are 3 main types, manual, sequential,…