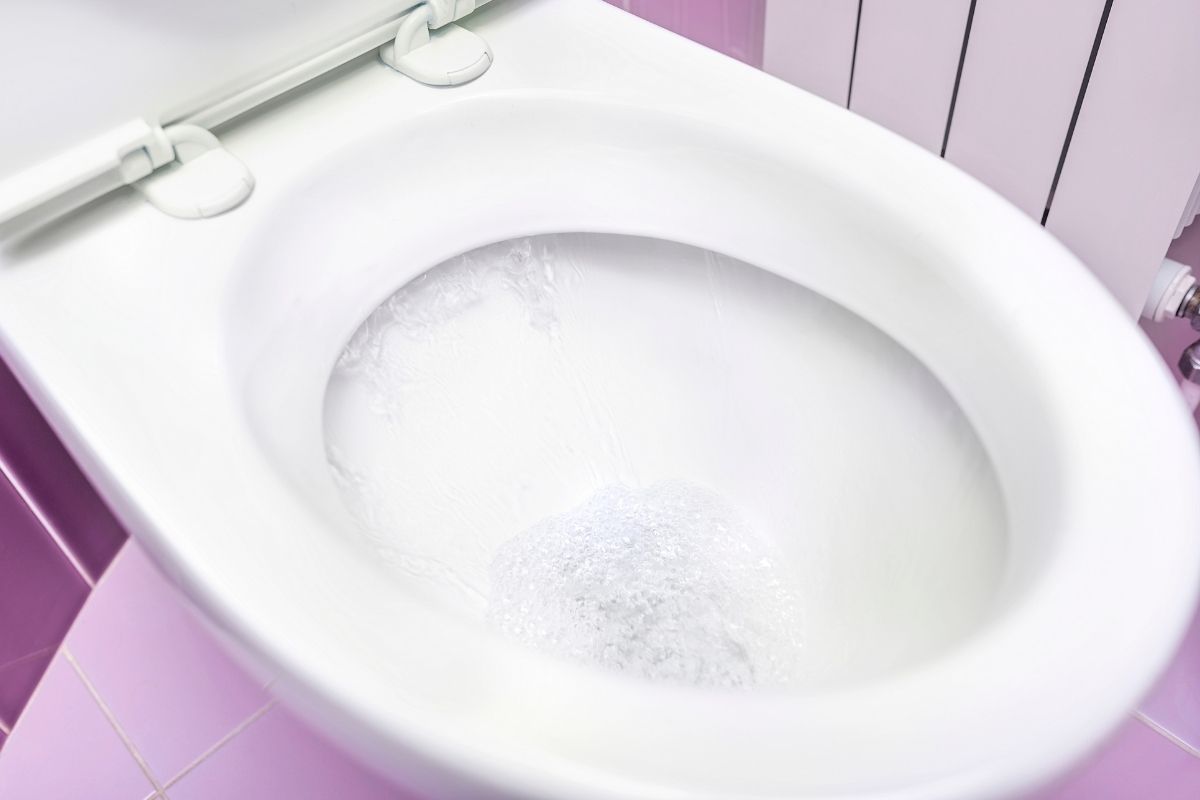 Every homeowner will often encounter some maintenance issues in and around the house, which require some general attention. Most issues are common, like the color change of paint over time or cupboard handles needing replacement; however, it might be more problematic than beneficial when your toilet flushes randomly without you lifting a finger.

Random toilet flushes, also known as ghost flushing, commonly occur due to water leakage. When the water in the bowl drops below a certain point, the float adapts, resulting in the valve refilling the tank. Common causes include damage to the flapper, general leakage, and even poor venting.

Although the problem might be a simple answer, various situations cause the toilet to flush randomly, requiring different solutions. Let’s look at the most common issues regarding ghost flushing and how to solve them.

What Are The Common Causes Of Ghost Flushing?

Before looking at the most common issues, it’s essential to understand the basic mechanics of the toilets system to be aware of why the problem occurs. A toilet holds a certain amount of water managed by the toilet float. If the float drops below a certain point, the valve to which it is connected will open and fill the toilet with water.

Therefore, what causes the float to drop below a certain point resulting in random flushing?

Firstly, the most common issue is a damaged flapper. The water in the tank, excluded from the bowl, stays floating in its place due to the flapper sealing the tank. The flapper lifts when flushing, resulting in water flowing from the tank to the bowl. Once the flushing action is complete, the flapper will return to its place and seal the tank.

Suppose there is any damage to the flapper, including deterioration, debris build-up, weathering, and erosion. In that case, it compromises its ability to seal, meaning the tank will leak water, causing a random flush.

Secondly, any leakage from the tank itself or the supply line will also result in ghost flushing. Most often, it is the tank bolts that have the issue. The washers that aid in sealing the tank bolts get worn out over time due to their exposure to similar conditions as the flapper. However, leakage can also be an issue if the tank is cracked, which is a more severe issue.

In addition, if the water supply line, which is the connection between the shut-off valve and the toilet tank, leaks, there will consequently be less water in the tank, causing a random flush to increase the water levels.

What Are Some Other Causes of Ghost Flushing?

There are more mechanical that cause ghost flushing, and some of them are more serious, requiring a specialist’s assistance. The following issues are highly likely but cannot be fixed by the average homeowner.

Firstly, random flushing will occur when there is no or poor venting. For a proper functioning toilet system, sewer vents need to allow air to flow into the sewage system. If the venting is not adequately installed, air pockets will subsequently form in the sewer branches, causing a backdraft known as “back-siphonage.”

Without the proper function of a vent, the trapped air will escape through the sewer system, consequently pulling the toilet trap.

Secondly, high water pressure can cause a similar issue. Flux in the pressure of water also causes the float to drop, resulting in a random flush; however, if high water pressure is the issue, it will also affect other appliances in the bathroom and probably the rest of the house.

High water pressure can be solved by replacing the pressure-reducing valve. Still, it’ll be ideal to contact an expert to ensure that the problem does not have a different cause requiring alternative solutions.

Thirdly, the flush valve can also crack, like the tank being cracked and leaking. Although a crack flush valve is rare, it can cause a drop in the tank’s water level as the valve is the opening that provides water to the bowl from the tank.

Suppose you are uncomfortable with changing the flapper or valve the solve any leakage issue. In that case, it will be worth paying a plumber to fix the issue because even though changing a flapper and valve will reduce leakage, it does not imply that it’s the primary or only cause of the issue.

How To Solve The Problems Of Ghost Flushing?

Depending on the cause of the issue at hand, there are various solutions a homeowner can follow. The flapper causes the leakage that results in random flushing, but if replacing the flapper does not solve the issue, calling a plumber will be the best resolution.

Without further or do let’s look at the basics a homeowner can do to fix the ghost flushing issue if it is indeed the flapper that is causing it.

Firstly, we must start with the tools needed to fix the flapper. Ideally, one should use disposable gloves and a garbage bag as the flapper has a protective film that quickly stains any material.

Secondly, we should keep in mind the requirements for buying the appropriate flapper for our respective toilets.

Finally, the following is a step-by-step process to replace the flapper once you have everything you need:

Various causes like poor venting, high water pressure, and a crack in the tank will result in random flushing. However, it is most likely the flapper that is just worn out and needs replacing. If you are comfortable enough to solve an issue like this yourself, the process is quite simple, although if the leakage does not stop, an expert will be needed to solve a more serious issue. 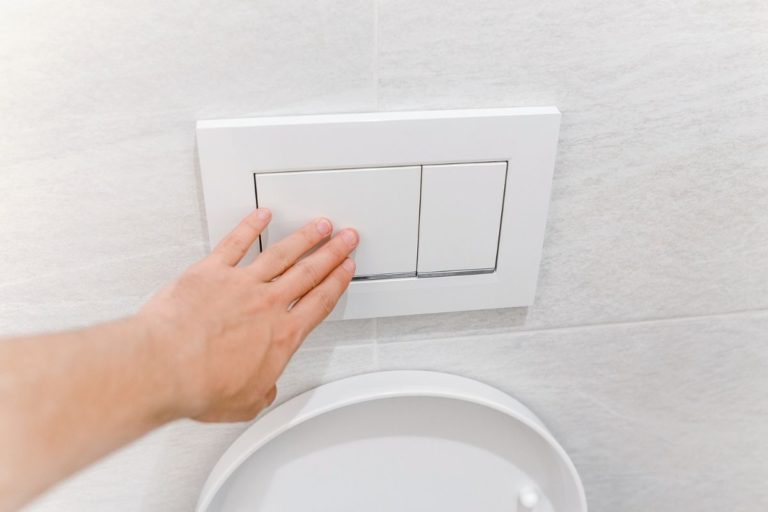 If you are considering buying a new dual flush toilet, or already own one. Then… 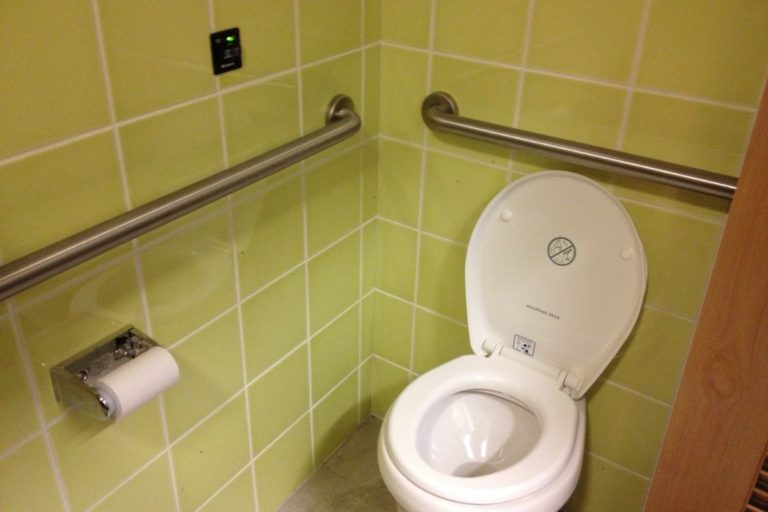 Today, one of the most problematic issues is noise through the wall when the toilet… 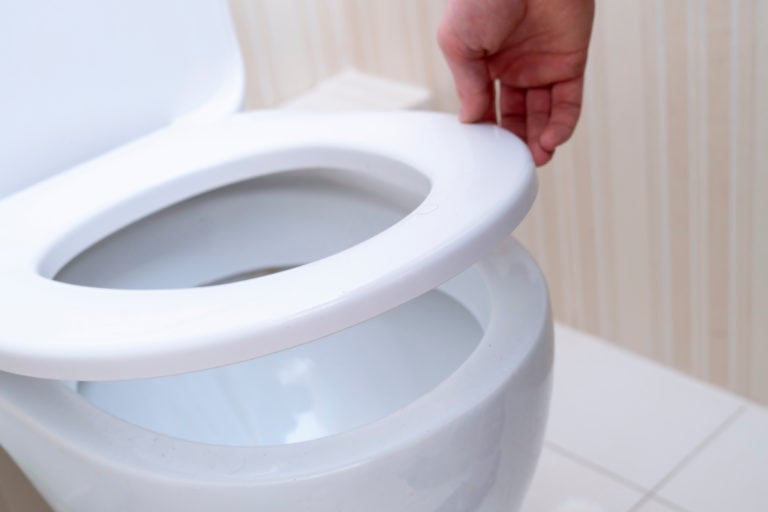 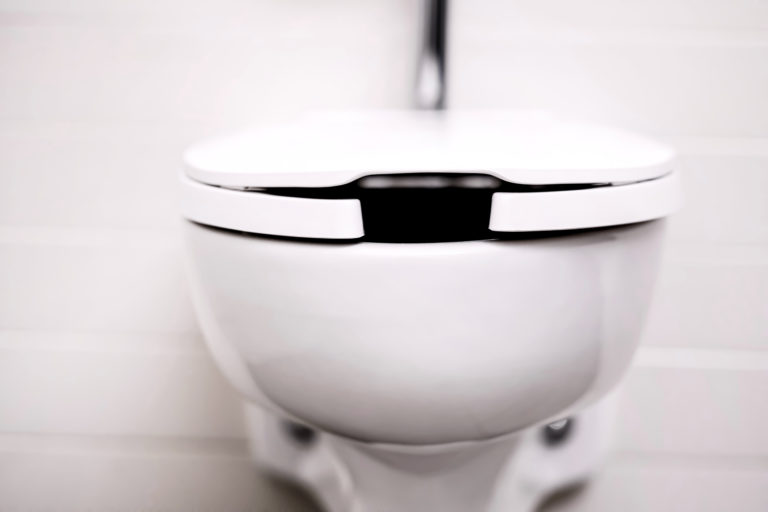 You’ve probably seen them in public toilets and didn’t put too much thought into it…. 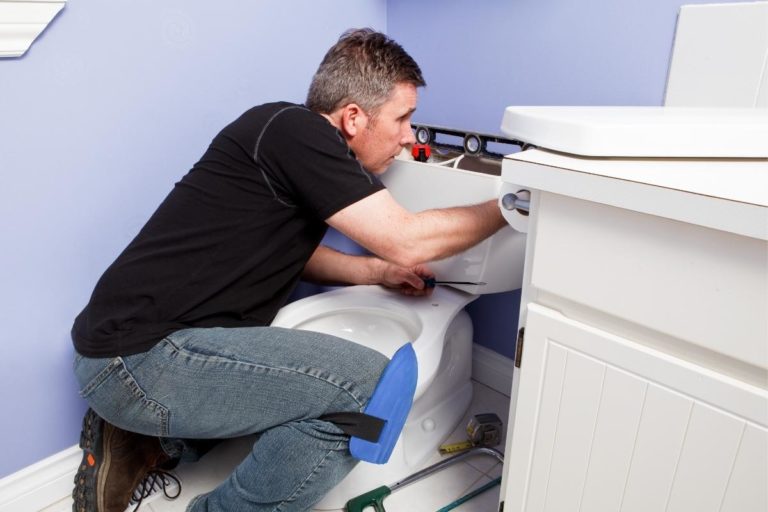 Many people question how fast a toilet is ready for use after being installed. Unfortunately,… 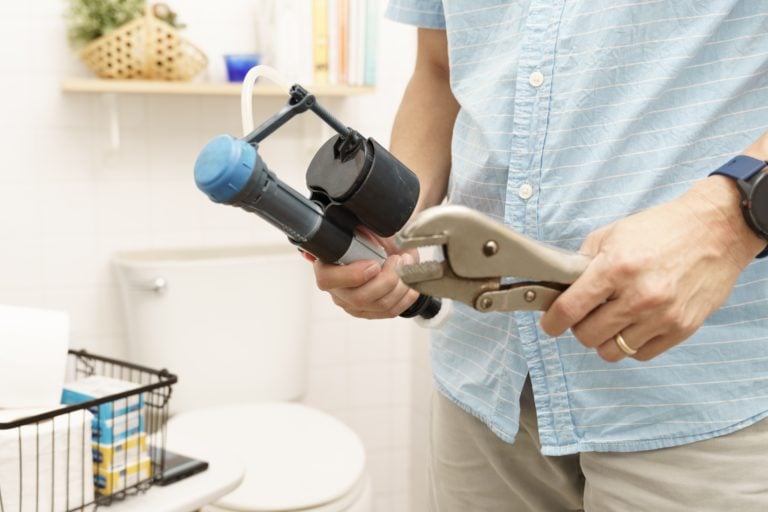 Everyone expects their toilet to make some noise because wherever there is flowing water, there…