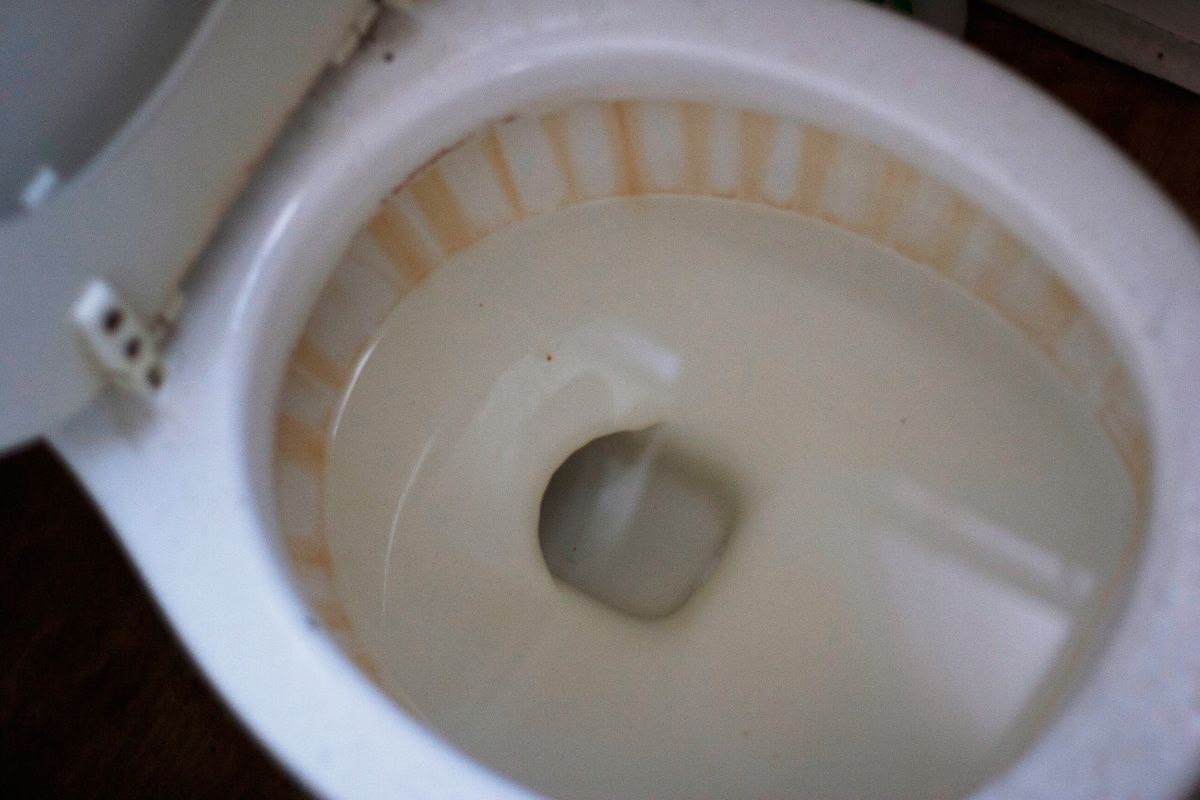 A red ring is usually formed in the toilet bowl due to a common type of bacteria called Serratia Marcescens. It is a red-pigmented bacterium often found in standing water, such as in toilets and sometimes in bathrooms.

The bacteria can also be found in other places with standing water, such as sinks, showers, and bathtubs.

When the toilet is flushed, the water from the bowl is sent into the sewer system, where it comes into contact with the bacteria. The bacteria then multiply and form a red ring in the bowl.

The good news is that the red ring is not harmful to you or your family. However, it can be unsightly and difficult to remove. In this article, we will take a closer look and see why the water leaves a red ring in our toilet bowl.

What Causes A Reddish Ring In The Toilet Bowl?

As mentioned above, the main culprit behind the red ring in the toilet bowl is a bacterium called Serratia Marcescens. This bacterium is often found in standing water, such as in toilets and even sometimes in bathrooms.

The bacteria can also be found in other places with standing water, such as sinks, showers, and bathtubs. Now if we take a closer look at things actually causing the red ring, it is the mineral deposits present in water.

However, sometimes the ring can be formed not only due to the bacteria, but there might be something else causing the issue. Most places have hard water, and apart from that, sometimes the water has a higher concentration of iron.

This can also cause the water to leave a red ring in the toilet bowl. Moreover, if you have an old toilet, then there are chances that the porcelain might be wearing out and this will also result in a red ring in the bowl.

How Do You Stop A Toilet Bowl Ring?

Now you’ve learned the main cause of the issue; you might be wondering how do you stop a toilet bowl ring?

The best way to remove the red ring is to use a toilet bowl cleaner. There are many different types of cleaners available on the market, so you can choose the one that best suits your needs.

For example, there are cleaners that contain bleach and other harsh chemicals. If you have children or pets, you might want to avoid using these types of cleaners.

Instead, you can opt for a natural toilet bowl cleaner that contains enzymes. These cleaners are just as effective as the ones that contain harsh chemicals, but they are much safer to use.

There are some home remedies that you can try to remove the red ring in your toilet bowl. For example, you can use white vinegar or lemon juice.

Simply pour either one of these liquids into the toilet bowl and let it sit for a few minutes. Then, brush the sides of the bowl with a toilet brush and flush the toilet.

You can also try using baking soda. Pour a cup of baking soda into the toilet bowl and let it sit for a few minutes. Then, brush the sides of the bowl and flush the toilet.

Another home remedy that you can try is to use Borax. Simply mix one cup of Borax with one gallon of water and pour it into the toilet bowl. Let it sit for a few hours, and then brush the sides of the bowl and flush the toilet.

These are just some of the things that you can do to remove the red ring in your toilet bowl.

No, vinegar will not damage your toilet bowl. In fact, it is a safe and effective way to clean your toilet. However, sometimes it may not work as effectively as it should.

If this happens, you can try using lemon juice or baking soda. These are two other effective home remedies for cleaning your toilet bowl. Apart from that, you may have seen videos on YouTube about people putting vinegar in their toilet tanks.

How Do You Prevent Serratia Marcescens?

The best way to prevent Serratia marcescens is to keep your bathroom clean. This means that you should regularly clean your toilet, sink, and bathtub.

Apart from that, you should also avoid using harsh chemicals to clean your bathroom. This is because these chemicals can kill the good bacteria that help to keep Serratia marcescens under control.

Instead, you should use natural cleaners such as vinegar or lemon juice. You can also try using a toilet bowl cleaner that contains enzymes. Moreover, keeping your toilet clean and free from standing water is the most effective way of preventing Serratia marcescens.

Is Serratia Marcescens Harmful To Humans?

No, Serratia marcescens is not harmful to humans. In fact, it is a bacteria that is found naturally in the environment.

However, it can cause infections in people with weakened immune systems. It can sometimes cause urinary tract infections which can be painful.

Therefore, it is important to keep your hands clean and wash them thoroughly after using the toilet. You should also make sure that your food is properly cooked and stored.

In conclusion, Serratia marcescens is a bacteria that is found naturally in the environment. It is not harmful to humans unless they have a weakened immune system.

If you think you have an infection, it is important to see a doctor. Moreover, you can prevent Serratia marcescens by keeping your bathroom clean and avoiding the use of harsh chemicals.

We hope that this article was helpful and that you now have a better understanding of Serratia marcescens. Please let us know if you have anything on your mind by leaving a comment down below. We would love to hear from you! 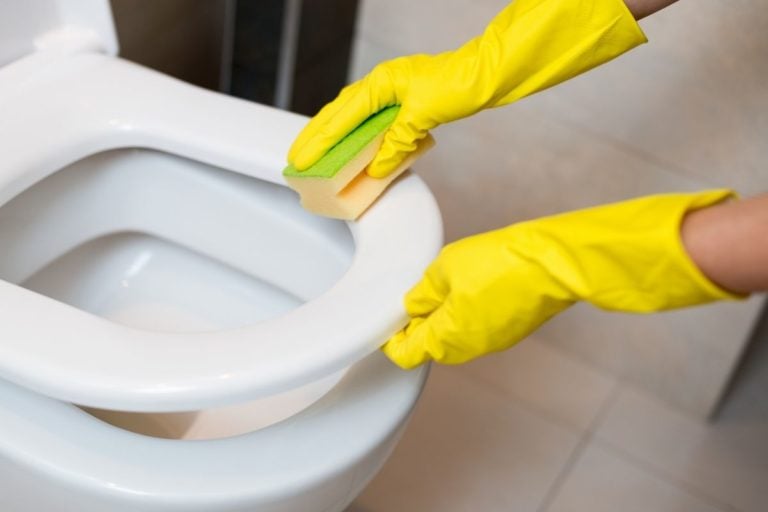 Everyone uses Harpic or a similar toilet cleaning product to clean their toilets. But the… 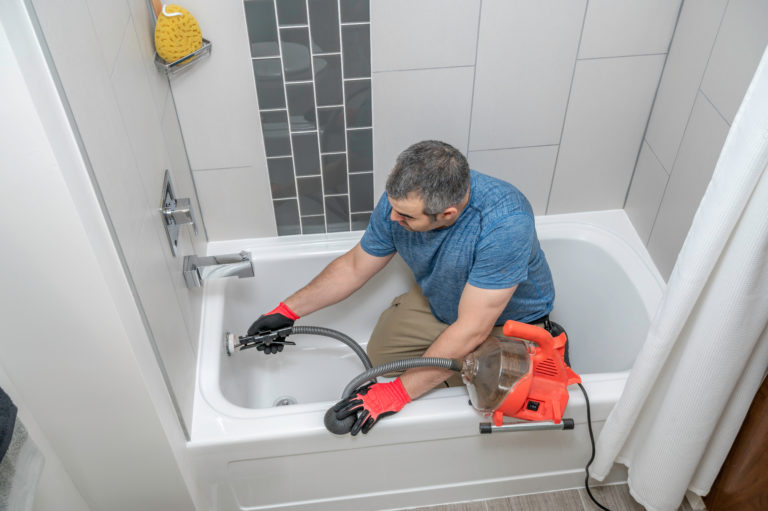 Plumbing problems in your home can be a major point of frustration, especially when it… 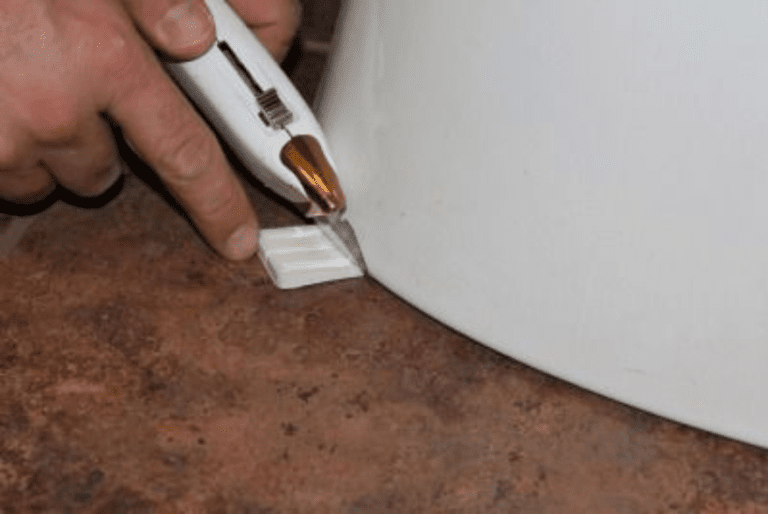 Are you sick and tired of the constant noises your toilet keeps making? It’s a… 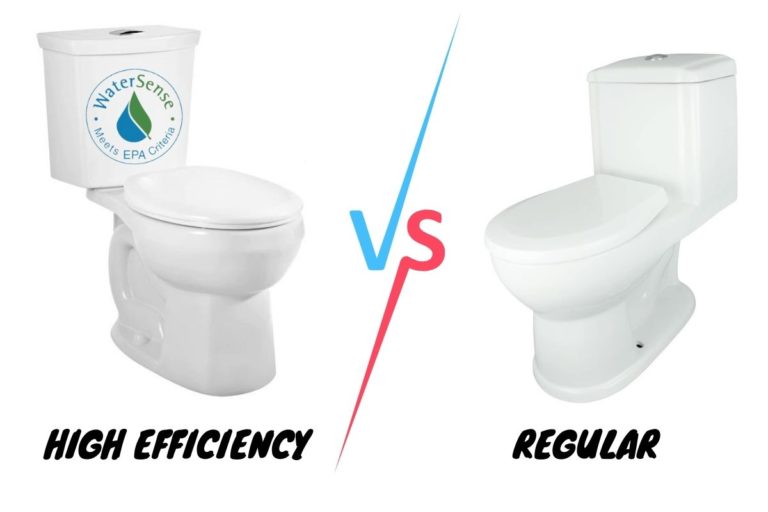 You are probably asking yourself, “What’s the difference between a high-efficiency toilet and a regular… 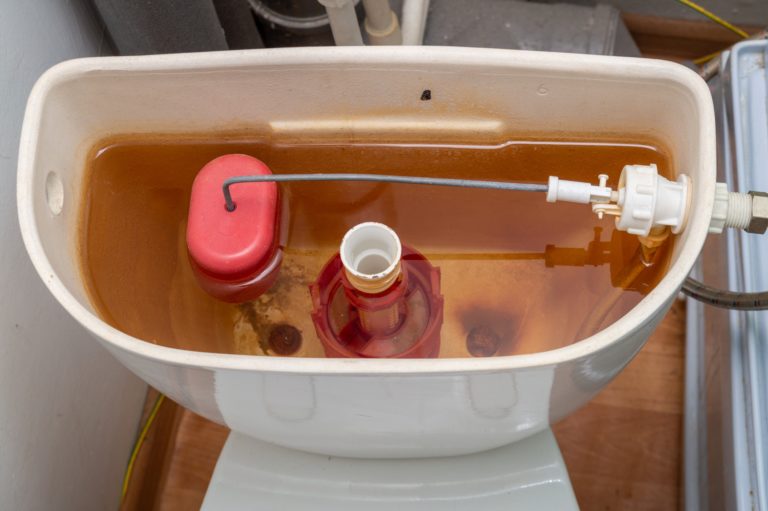 A toilet should have cold water running through it for a number of reasons. There… 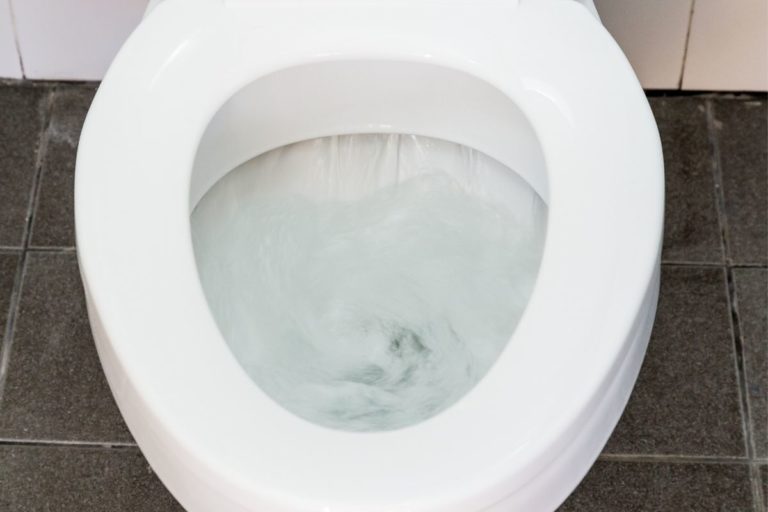 Do you have a problem with your toilet water rising too high when it’s flushed?…